How To Install Hydrogen (Music Maker) On Linux

How To Install Hydrogen On Linux 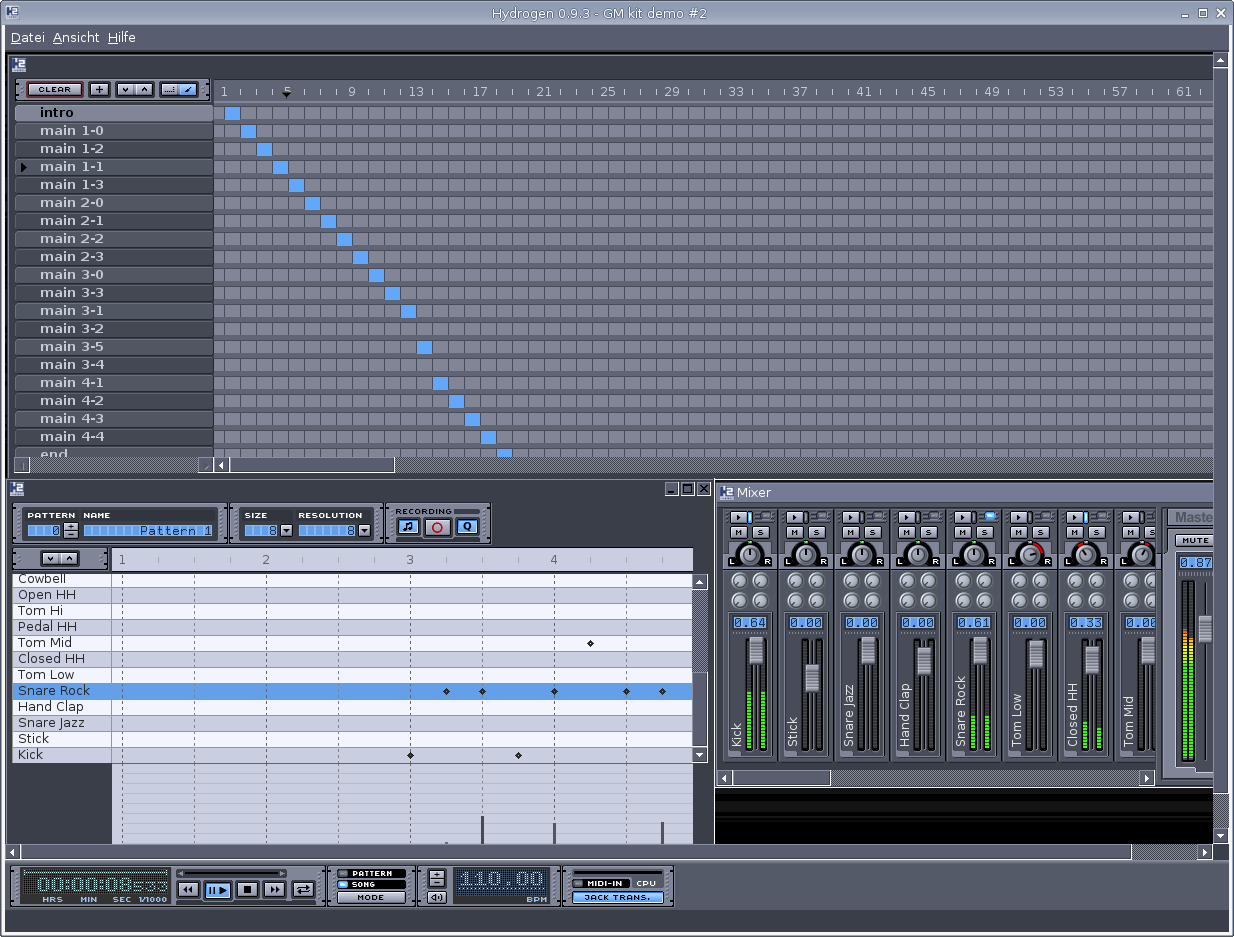 Hydrogen is an open source drum machine created by Alessandro Cominu, an Italian programmer who goes by the pseudonym Comix. Its main goal is to provide professional yet simple and intuitive pattern-based drum programming.

Hydrogen was originally developed for Linux, but later ported to Mac OS X. The graphical user interface for the application uses Qt library, and all code is released under the GNU General Public License.

These are the features of Hydrogen:

Since there is many Linux Distros, Hydrogen developers not providing distro specific binaries for installation.. so we have to compile from source..

These are the instructions for compiling the Hydrogen versions 0.9.6 (all based on QT4) on a debian-based distribution. Hydrogen runs on all kinds of linux distribution, but then the package names and installation tools will differ.

1. Install the required libraries and tools:

NOTE: get QT version 4.7 or higher

NOTE: depending on the jack server version you have installed you might have to install libjack-jackd2-dev iso libjack-dev

As an alternative you can build a debian package. This makes it easier to remove hydrogen from your system.