Can you spread the word? Privacy Awerness Video By Mozilla - Episode 1

Can you spread the word? Privacy Awerness Video By Mozilla - Episode 1 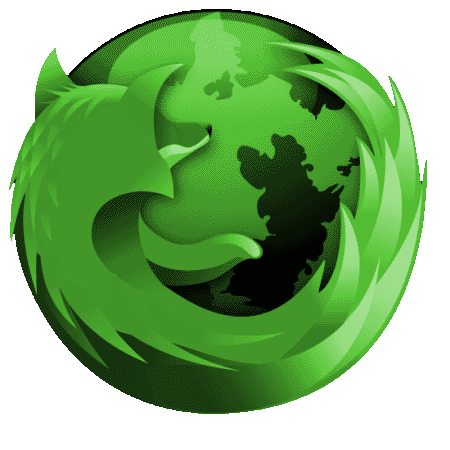 I wanted to share a new video created by Mozilla that's already been viewed more than 350,000 times(on mozilla website ) since it released .

The video is designed for people who are new to the privacy discussion and helps explain why we should all care about our right to privacy. The more people we can reach, the greater our power to create change. Can you share it with your friends and family?

Hello,
We can move more people from simply consuming the Web to becoming its active citizens, but we need your help.
People like you and I know how fundamental privacy is to the open Web. There are many more who share our values and would join this movement. That's why we made something to spotlight the importance of online privacy. We're creating videos for you to watch and then share with friends, family, and colleagues. The videos are designed to be an introduction to the issues we care about - a way for each of us to start important conversations.

This is where you come in: will you watch this first video and then share it? It's a great tool to start a conversation about privacy with people you know.
This new video series starts simple: it explores why privacy is so important in our everyday lives. In follow up videos we'll send over the next few weeks, we'll talk about encryption, and tell the story of how encryption can help enable and protect privacy.

Why do this now? We expect there are a number of significant political battles on surveillance and encryption coming down the pipe. We're going to need to ask people like you and your friends to take a stand. Before we do this, we want to provide a solid grounding on why encryption matters.

Will you watch the video now and help spread the word?

P.S. This is a new campaign strategy for us and we will learn a lot as the weeks go on. We'd love to hear your feedback - after watching the video, you can reply to this email and let us know what you think. Or send an email to askjoin@mozilla.org.

Sublime Text is a cross-platform source code editor with a Python application programming interface (API). It natively supports many programming languages and markup languages, and its functionality can be extended by users with plugins, typically community-built and maintained under free-software licenses.

The following is a list of features of Sublime Text:

Sublime Text is one of the best and light weight text editor or IDE I've used ever. It's simple , fast, amazing performance, extendable through plugins. Sublime Text 3 is right now in beta. The latest build is 3103.
Here i am going to show how to install this latest build of sublime text on windows and OS X.

Portable or Not Portable?

Sublime Text comes in two flavors for Windows: normal, and portable. Most users should be better served by a normal installation. Use the portable version only if you know you need it.

Portable installations keep all files needed by Sublime Text in a single folder. This folder can be moved around and the editor will still work.


How to Install the Normal Version of Sublime Text


How to Install the Portable Version of Sublime Text

You will find the sublime_text.exe executable inside that folder.

You will find the sublime_text.exe executable inside that folder.


To create a symbolic link to use at the command line issue the following command at the terminal:
ln -s "/Applications/Sublime Text.app/Contents/SharedSupport/bin/subl" /usr/local/bin/subl
See How To Install Sublime Text 3 (Build 3103) On Linux

How To Install Sublime Text 3 (Build 3103) On Linux Systems

Sublime Text is a cross-platform source code editor with a Python application programming interface (API). It natively supports many programming languages and markup languages, and its functionality can be extended by users with plugins, typically community-built and maintained under free-software licenses.

The following is a list of features of Sublime Text:

Sublime Text is one of the best and light weight text editor or IDE I've used ever. It's simple , fast, amazing performance, extendable through plugins. Sublime Text 3 is right now in beta. The latest build is 3103.
Here i am going to show how to install this latest build of sublime text on different Linux systems.

Installing Sublime Text On Ubuntu (14.04 and later) and Ubuntu based systems


For Other Linux Systems :

Now we should move the uncompressed files to an appropriate location. sudo mv Sublime\ Text\ 3 /opt/
Lastly, we create a symbolic link to use at the command line. sudo ln -s /opt/Sublime\ Text\ 3/sublime_text /usr/bin/sublime
In Ubuntu, if you also want to add Sublime Text to the Unity luncher, read on.
First we need to create a new file(.desktop file). sudo sublime /usr/share/applications/sublime.desktop

Just replace username with your account's username. This should fix the permission error in the case that you opened up Sublime Text as root when you first entered the license.
See How To Install Sublime Text 3 (Build 3103) On Windows and OS X

It's a good day for fans of open-source software. The Document Foundation is releasing LibreOffice 5.1 for Windows, Linux, and Mac. On tap are reorganized menus, integrated support for remote servers like Microsoft SharePoint and Google Drive, improved compatibility with Microsoft Office documents, and too many smaller improvements to count.

LibreOffice is the product of more than 1,000 developers, most of whom are volunteers, and has an estimated 100 million users worldwide. Born in 2010 as a fork of OpenOffice, LibreOffice has taken the lead and left its progenitor in the dust. In keeping with the Document Foundation's time-based release schedule, this latest release comes six months after LibreOffice 5.0—and will be followed by another release in six months' time.

After spending the LibreOffice 3.x series cleaning up the code, and the 4.x series rearchitecting it, LibreOffice's developers are using the 5.x series to focus on the user interface.

The menus have been reorganized in Writer, Calc, and Impress—LibreOffice's word processor, spreadsheet, and presentation program, respectively. The new menus are designed to provide faster access to the most-used features. Writer gained a "Styles" menu, Calc gained a "Sheet" menu, and Impress gained a "Slide" menu.

The sidebars also got some attention, with the addition of a new Chart sidebar that allows quicker access to chart-editing options. While menus and sidebars don't sound the most exciting things, a streamlined interface is the kind of unexciting feature that will save many people time.

Updates Make Us All Stronger

Updates Make Us All Stronger

You have the power to make the Internet safer.

Updating to the latest security software, browser, and operating system provides an important defence against viruses, malware, and other online threats.

You could drive around with old, burned-out brake lights on your car, but it makes driving more dangerous than it should be. And if we all did that, it would get really dangerous, fast!

Letting your systems get out of date can encourage malicious actors online, which makes everyone vulnerable in the end.

Mozilla cares about your privacy and security everywhere, not just on Firefox, because the safer the Internet is, the easier it is to create and keep it open. So please take a minute to update your software. The Web will thank you.
Read more @ Mozilla
Posted by Yuvaraj V at 7:24 AM 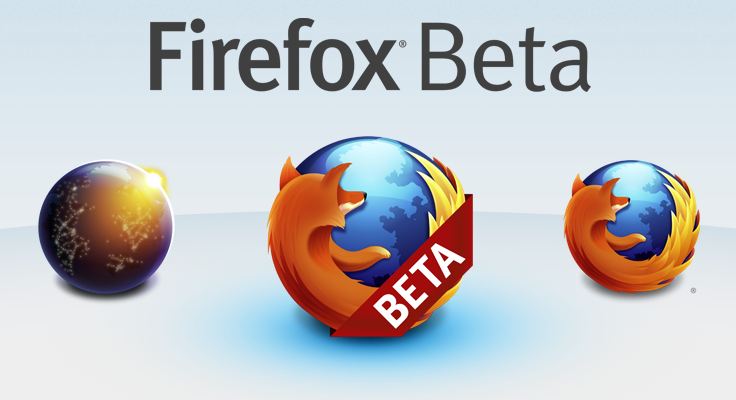 The latest update of Firefox 45 Beta is now available for download and testing with lot of new features and bugfixes.

This update includes GTK3 Integration for Linux and new Synced Tabs button in button bar and more features for developers.

The official stable version of Firefox 45 is planed to release on March 8 2015. Users who are very curious and impatient to see and use new features of firefox 45 can download Firefox 45 beta from official firefox beta channel.

You may also like to read : See some Awesome Open-source Web browsers For Daily use

The new features and fixes avilable in FireFox 45 are listed below.. look @ them.. :)

You may also like to read : 9 Deadely Linux Commands , Intresting Facts About Linux Creater.. etc

Inspector search now matches results from all content in the page, including subframes Ability to filter snapshot output in memory tool Support for diffing heap snapshots added to the memory tool Added Negative url filtering for the network monitor DOMContentLoaded and load events shown in the network monitor timeline List of animated properties and keyframes is now displayed when clicking on an animation in the animation-inspector’s timeline Fine tune animations by changing the playback rate of animations in the animation-inspector's timeline

See : How To Install Linux Kernel 4.4 LTS on Ubuntu and It's Derivatives