Ubuntu Linux is one of the popular and most used Linux operating system backed by Canonical.

Requirements vary from person to person, depending upon whether the person is experienced Ubuntu user, a novice user, an artist or a programmer, but most of the things listed here are essential after a clean install of Ubuntu. Without wasting time anymore, let's have a look at must to do things after installing Ubuntu on your system.

First and foremost thing to do after installing Ubuntu is to change the software sources and add Canonical Partners in it. This will increase the number of applications and programs in your repository and you can easily install them via Software Center or command line. 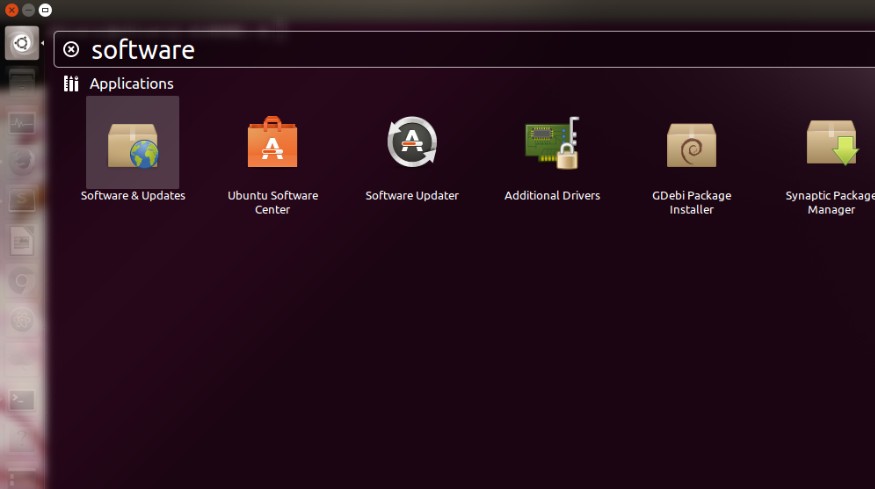 Open it and in Other Software tab, make sure that Canonical Partners is checked. 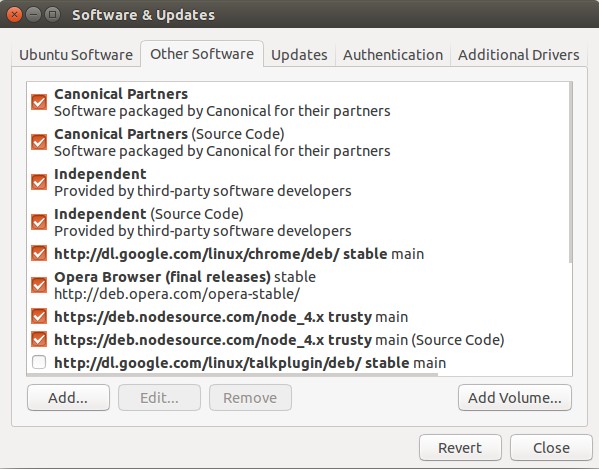 Or simply issue following command ... to do all the above things in single command..

Doing this will update your repository. It takes some time in doing so. Once done, open terminal (Ctrl+Alt+T) and use the following command:

The above command will update your system.

Let me confess, I cannot imagine using my personal computer without VLC media player. It's the best out there. It can download subtitles automatically, you can manually synchronize the subs, you can watch online videos with subtitles with VLC and now you can enable desktop notification for VLC in Ubuntu. Use the following command to install VLC:

Overheating of laptops is a common issue, not only in Ubuntu but in any operating systems. Overheating also affects the battery life. Until Ubuntu 12.10, Jupiter was the best tool to reduce overheating, but since its development has stopped, you can use TLP or CPUFREQ instead of Jupiter. Install TLP using the following command:

See How To Reduse Power Consuption and Overheating in Linux systems

Not satisfied with the default looks of Ubuntu? You can always tweak it. Ubuntu System Settings gives you plenty of option for tweaking, Unity Tweak Tool and Gnome Tweak Tool (for Gnome users) are excellent tools to tweak the appearance to any extent.

Google Chrome is not only one of the more popular, fastest, and most reliable browsers available, but it also includes a pre-packed and fully patched version of Adobe Flash and a huge array of extensions and apps.

You may also Like to read : Some awesome opensource browsers for Linux and windows

Sublime Text is a cross-platform text editor with a Python application programming interface (API). It natively supports many programming languages and markup languages, and its functionality can be extended by users with plugins, typically community-built and maintained under free-software licenses

And Atom Text Editor is a another nice and feature rich cross platform open source text editor, developed by GitHub. Atom is a desktop application built using web technologies. Atom is based on Electron (formerly known as Atom Shell), a framework that enables cross-platform desktop applications using Chromium and Node.js. It can also be used as an IDE.

See , How to install Atom text editor on Ubuntu.

If you are a photography enthusiast and you want to handle and manipulate images on Ubuntu, probably you want to install the following imaging programs:

This applications can be installed from Software Center or all at once by using the following command line on Terminal:

Brasero - the default disk burning app is removed as the default app in Ubuntu 16.04 Xenial Xerus. The application is in very slow development and Ubuntu developers decided to remove it from the default installer image. Also who burns disks these days? However, even if it has been removed, you can still install it using GNOME software or using terminal.

Cheese uses your webcam to take photos and videos, applies fancy special effects and lets you share the fun with others. To install cheese on your Ubuntu desktop, enter the following command:

sudo apt-get install cheese
Note :From the release of Ubuntu 16.04 Cheese is the part of default installation.. No need to install it separately.
Read What's new in Ubuntu 16.04 To know what are the changes in Ubuntu..

Wine enables Linux, Mac, FreeBSD, and Solaris users to run Windows applications without a copy of Microsoft Windows. Wine is free software under constant development. Other platforms may benefit as well.

In order to share folders in Ubuntu with other Linux and windows machines in your network, you will need to install and configure Samba share, for instructions see how to configure Samba in Ubuntu..

Dropbox is a free service that lets you bring all your photos, docs, and videos anywhere. This means that any file you save to your Dropbox will automatically save to all your computers, phones and even to the Dropbox website.

TypeCatcher is an Open Source application developed by Andrew Starr-Bochicchio. It allows you to easily download and install Google webfonts for off-line use.

UNetbootin (Universal Netboot Installer) is a cross-platform utility that can create live USB systems and can load a variety of system utilities or install various Linux distributions and other operating systems without a CD.

sudo add-apt-repository -y ppa:gezakovacs/ppa && sudo apt-get update && sudo apt-get install unetbootin
Read How to create bootable USB drive for Linux with UNetbootin To know what are the changes in Ubuntu..

Systemback is an open source, system backup and restore application. Using Systemback, we can easily create backups of system and users configuration files. In case of problems, we can easily restore the previous state of the system. There are extra features like system copying, system installation and Live system creation.