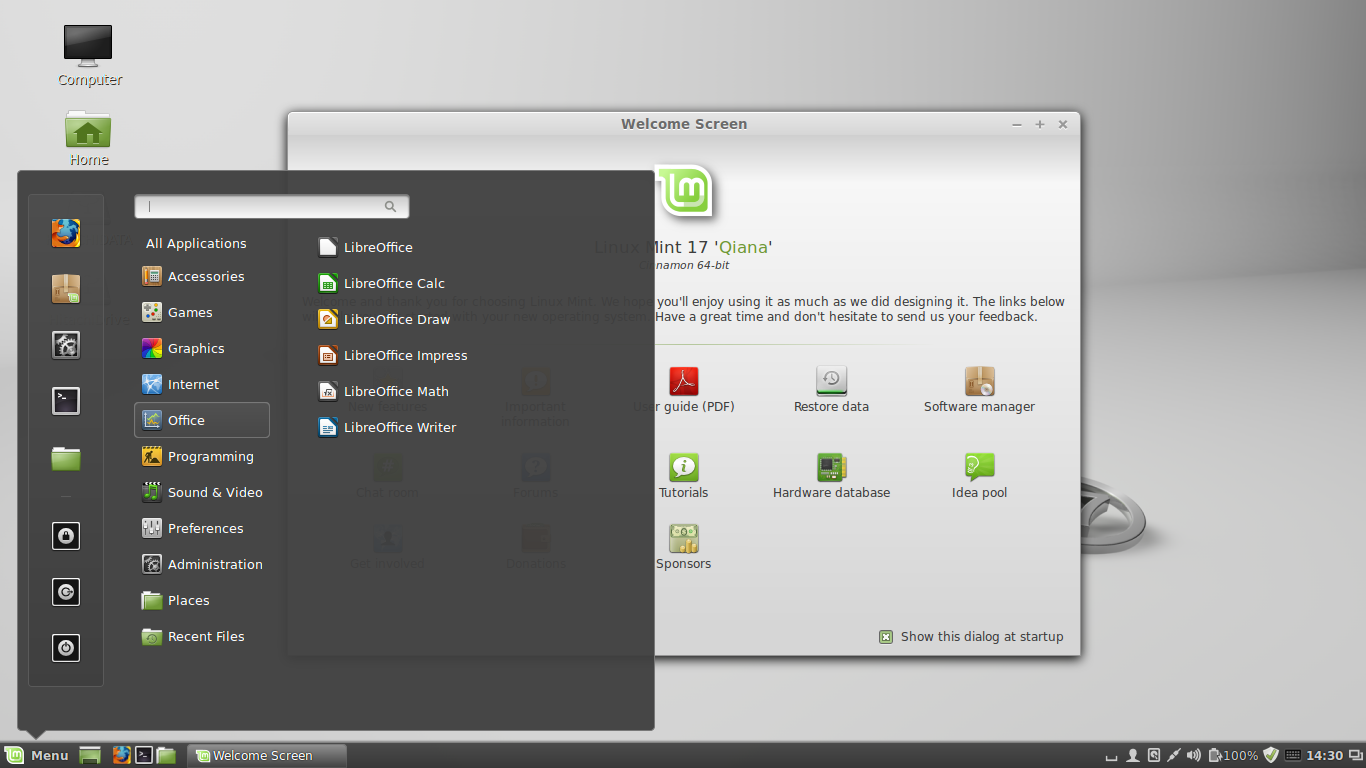 Cinnamon is a desktop environment that is based on the GTK+ 3 toolkit. The project was originally started as a fork of the GNOME Shell, i.e. a mere graphical shell, but became its own desktop environment in Cinnamon 2.0. Cinnamon was initially developed by (and for) the Linux Mint distribution, with wider adoption spreading to other distributions over time.
Cinnamon Desktop Environment offers familiar and traditional desktop experience to its users.. and it is , one of the user friendly and easy to use desktop environment for users who came from Windows operating system background..

Once you've executed the above-mentioned commands in the Terminal app and everything is successfully installed, you can enter the Cinnamon session. You can do that by logging out and choosing "Cinnamon" from the login screen, by clicking on the small Ubuntu logo located on the right side of the username.

That's it, you can now enjoy the Cinnamon 3.0 desktop environment on your Ubuntu 16.04 LTS operating system. However, if you decide that Cinnamon is not for you, you'll have to execute the following commands in the Terminal app to remove the Cinnamon 3.0 installation from your Ubuntu OS.