What 's New In Android N 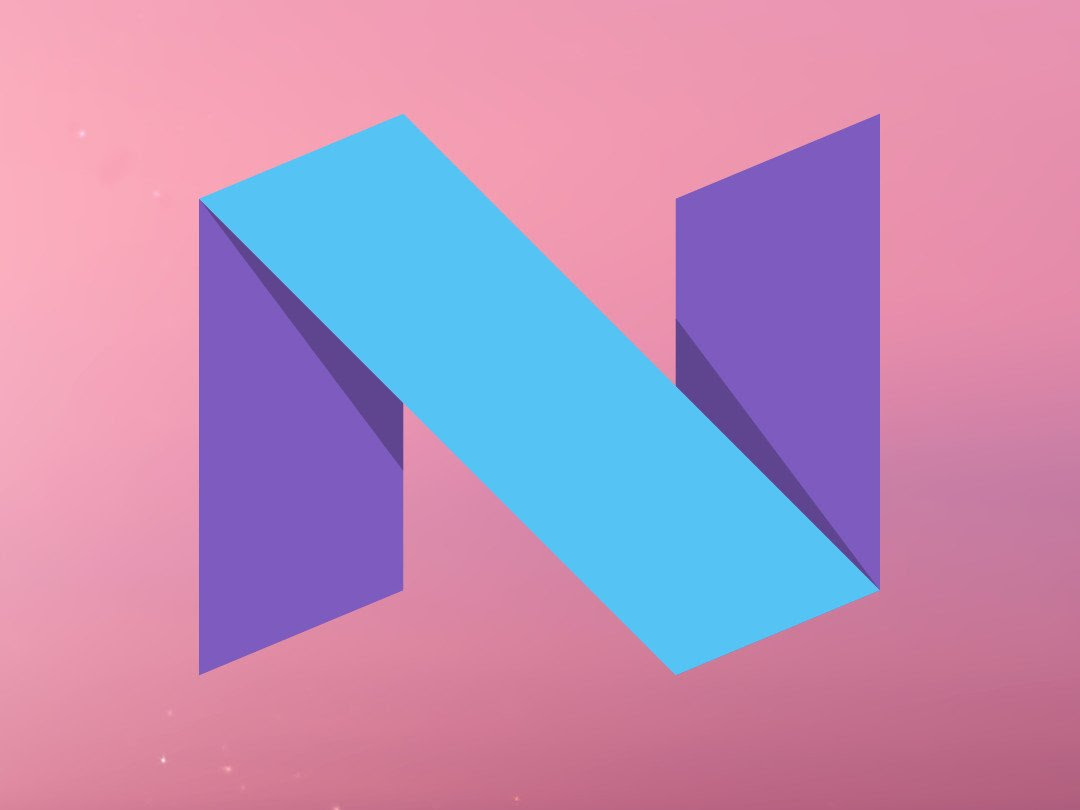 Google surprised everyone by releasing developer preview of its next major verson of Android Operating System known as Android N. The Android N Developer preview offers a look at new features which will be available in the next Android build including multi-window support, brand new notifcation shade, notifcation enhancements, and more...

What is Android N?

Every major release of Android gets a version number and a nickname. Android 6.x is "Marshmallow." Android 5.x is "Lollipop." Android 4.4 is "KitKat." And so on and so forth.
Alphabetically, "N" is next. We don't yet know what version number Android N will be - Android 7.x is a pretty good guess, but not certain, as Google is only predictable in its unpredictability.
And we also don't yet know what the nickname will be. Google chief Hiroshi Lockheimer teased that "We're nut tellin' you yet." Maybe that's leaning toward "Nutella" – which pretty much is the most tasty treat ever to be tasted - or maybe it's some other sort of "nut." Or a red herring. Point is, we don't have any idea just yet.
We do, however, have a fairly good idea for when we'll actually see Android N be released. We've been told to expect five preview builds in total, with the final public release (including the code push to the Android Open Source Project) to come in Q3 2016. That lines up with previous releases, between October and the end of the year.

Android N could make updates easier on everyone

We've been peeking inside the factory images for the Android N developer preview and have noticed what appears to be a pretty major sea change for Android. The code appears to now be arranged to make it easier for device manufacturers to update their own features and settings without disturbing the core Android parts. (At least not nearly as badly.) We're doing a bit of educated guesswork here, but that means a few things.
It would mean less development overhead for manufacturers. That means less time and money getting updated code to your phone. It also means that regular security updates - an increasingly important part of this whole ecosystem - theoretically will be easier to apply, which means you might actually get them if you're on something other than a Nexus device.

So what's new in Android N?

If you had to boil what a major release of Android (or any operating system) means to just a single acronym, it'd be this: APIs. That's short for Application Program Interface, and it's what allows apps to do, well, anything. There are a ton of new ones coming in Android N, and we've only gotten a small taste thus far. More should be announced as we get new preview builds.
Some, however, are more anticipated than others.

You May Also Like To Read : Some Awesome Opensource Web Browsers .. worth to try

With Android N, Google is adding a much-requested multitasking feature into the OS - multi-window support. The new feature will allow users to pop open two apps on the screen at once and run them side-by-side or one-above-the-other in split screen mode. The company has also added resize option for apps which can be done by dragging the divider between them. Apart from the multi-window support, Google says that users on Android TV devices will be able to put apps in picture-in-picture mode, which will allow them to continue showing content while the user browses or interacts with other apps. 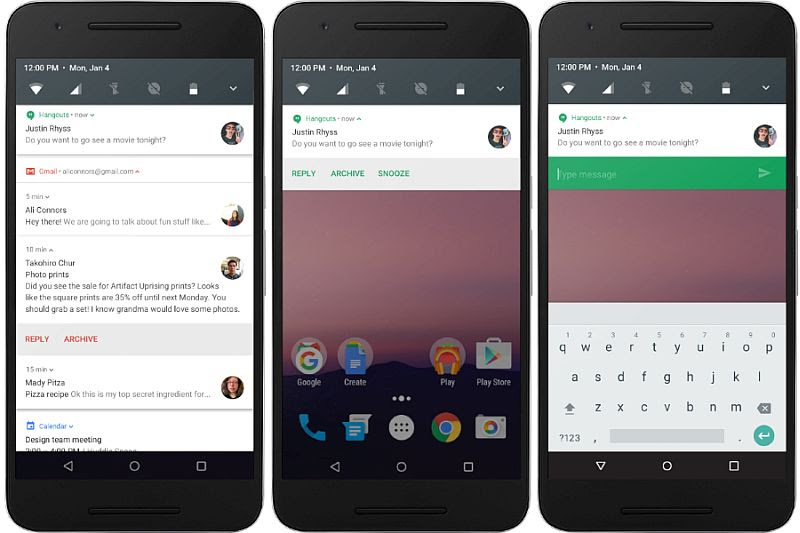 Google introduced Doze, a system mode that saved battery when the device is idle, in Android 6.0 Marshmallow. Now in Android N, Google has improved the feature to save battery while on the go. The company says that with new restrictions to apps it can save battery when carrying the devices in their pockets.
"A short time after the screen turns off while the device is on battery, Doze restricts network access and defers jobs and syncs," adds Google. It points out that on turning the screen on or plugging in the device will bring the device out of Doze automatically.

You May Also Like To Read : 10 ways to contribute to open source without writing a single line of code

In Android N, Google has introduced Project Svelte which is an effort to optimise the way apps run in the background. The new project is focused on keep a check on background processing that needlessly consume RAM (and battery) and affect system performance for other apps.

One of the notable additions in Android N is native support for number-blocking in the platform. Google says that the new feature will apply to the default messaging app, the default phone app, and third-party provider apps can also read from and write to the blocked-number list. The company stresses that the list will not be accessed by other apps. With number-blocking added to Android N as native feature, developers can take advantage of the support across a wide range of devices. One of the biggest advantages of having the number-blocking feature in system is that blocked numbers will persist across resets and devices through the Backup & Restore feature. The company also introduced Call screening feature in Android N which will allow the default phone app to screen incoming calls.

Google in Android N will let users select multiple locales in Settings for supporting better bilingual use-cases. Apart from multi-locale support, the Android N also expands the languages available to users. Android N will offer over 25 variants each for commonly used languages such as English, Spanish, French, and Arabic while also adds partial support for over 100 new languages.
Some of the accessibility enhancements introduced with Android N includes Vision Settings directly on the Welcome screen for new device setup. The new feature will make it easier for users to configure accessibility features on their device.

This splits things into two groups when you first power up your phone. One group is able to do things before you unlock the device. Apps like SMS messages and alarm clocks and accessibility features may need to use this.

You May Also Like To Read : Why Open Source Software??
Anything else gets siloed off in a separate storage area until the device is unlocked. That's a very cool preview feature.

This is quite helpful option you don’t have to flash your device anymore because Google allows you to register your device and it can receive new updates about the beta releases.It will allow the non tech personals to update and see the latest builds.
Android N will be the next big thing in Smartphone OS market its still not confirmed that it will be named only N or something else for that we have to wait some time until Google releases more updates.

With Android N, Google is bringing support for new Java 8 features to Android. Using the open-source Java Android Compiler Kit - JACK for short - Google allows developers to use native Java features while building applications.
This means developers won't need to write as much support code - known as "boilerplate" code - when they want to do things like create events that listen for input. Some of the features will be supported back to Gingerbread when using JACK, while others are going to be strictly Android N and above.
Maybe the best news is that Google says they are going to monitor the evolution of Java more closely and support new features while doing everything they can to maintain backwards-compatibility. These are things that the folks building the apps that make Android great love to hear.

Other new features in Android N

Some of the other changes introduced in Android N include a redesigned user interface for system Settings, which now includes a hamburger button on the left side of the screen for quickly jumping to a different option without hitting back to main menu; Android N also adds framework interfaces and platform support for OpenGL ES 3.2; new app switching feature with recent button which also doubles for split-screen option, and Night mode is now available in Android N.