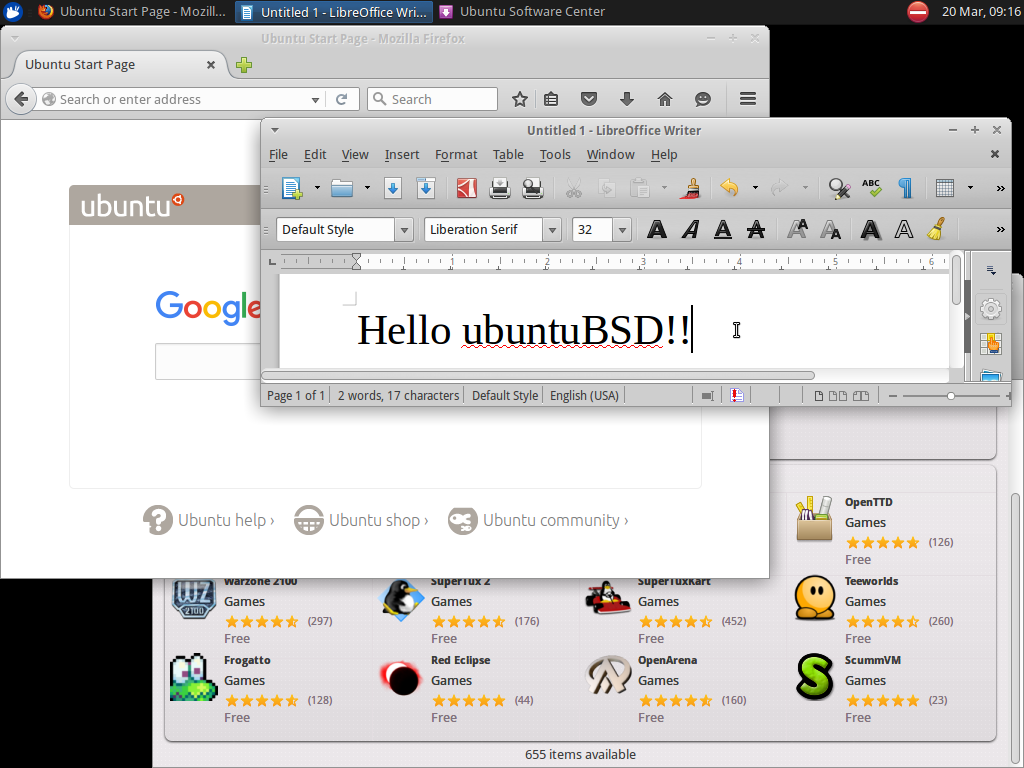 BSD -- the open source, Unix-like operating system kernel that lives in Linux's shadow -- is now coming to the Ubuntu world, thanks to a new open source project called UbuntuBSD.

For the uninitiated, here's the BSD back story: Created starting in the late 1970s (originally as an enhanced version of AT&T's Unix operating system, then as a complete replacement for it) at the University of California, Berkeley, BSD was one of the first freely redistributable operating systems. Then, in the 1990s, for various complicated reasons -- largely but not solely related to legal challenges -- BSD took a back seat to other free operating systems that were based on GNU software and the then-new Linux kernel.

A handful of BSD-based systems have survived into the present: FreeBSD, NetBSD and OpenBSD and so on... But they haven't been nearly as influential, within either the server or desktop markets, as GNU/Linux systems.

Now, a group of programmers wants to combine one of the most popular GNU/Linux distributions, Canonical's Ubuntu, with BSD by developing a new operating system called (plainly enough) UbuntuBSD (also dubbed as "UNIX for Human Beings" on social ntworks). The idea is to deliver "the ease and familiarity of Ubuntu with the rock-solid stability and performance of the FreeBSD kernel," according to the project.

The idea is to deliver , The ease and familiarity of Ubuntu with the rock-solid stability and performance of the FreeBSD kernel

Actually, UbuntuBSD probably won't look too much like Ubuntu to most users. That's because it runs Xfce as its default interface, rather than Unity, the one that ships with Ubuntu. So UbuntuBSD is more like the Ubuntu backend combined with a BSD kernel (specifically, the project is using the FreeBSD kernel) and an alternative interface.

But we're guessing most users won't mind much, especially since Xfce is popular with users who want a desktop interface that is less resource intensive than options like Unity and GNOME, but still looks pretty and delivers extensive functionality.

UbuntuBSD has seen nearly 5,000 downloads already, even though developers warn that it remains in beta form and is not yet ready for production use in all cases.

In the short term, it's unlikely that UbuntuBSD will see much of a following beyond a certain community of power users who want to experiment with a new open source OS. But the project does provide novel opportunities for integrating the extensive software ecosystem that surrounds Ubuntu with a kernel that offers some features not present in Linux -- not to mention more liberal licensing terms, since the FreeBSD kernel does not use the GNU GPL license. That could lead not just to a new type of desktop OS, but also new server or cloud solutions, down the road.