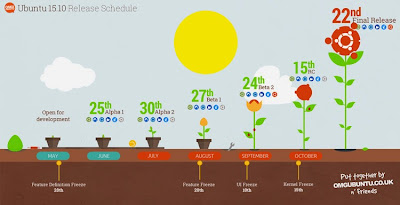 An October launch for such a scary sounding release is fitting, though I’m sure a few of you been hoping to see it unleashed a little closer to Hallowe’en.

Heck, imagine landing a copy of that in your trick or treat bag!

Nevertheless, the release of Ubuntu 15.10 should be one to look forward to.

The Ubuntu 15.10 release date, along with the those of the various development milestones needed to get there, have been posted to the Ubuntu Wiki.

Prior to the stable release on October 22, Ubuntu will make only a few formal milestone appearances during the six month development cycle, the most notable of which will be Beta 2 on September 24.

Ubuntu developers put the main release through such rigorous and assured quality testing on a daily basis that it is generally considered stable enough to use at any point.

Ubuntu’s family of flavours, which now includes Ubuntu MATE, are more traditional in their development and will, once again, be able to take full advantage of the multiple testing opportunities at hand.